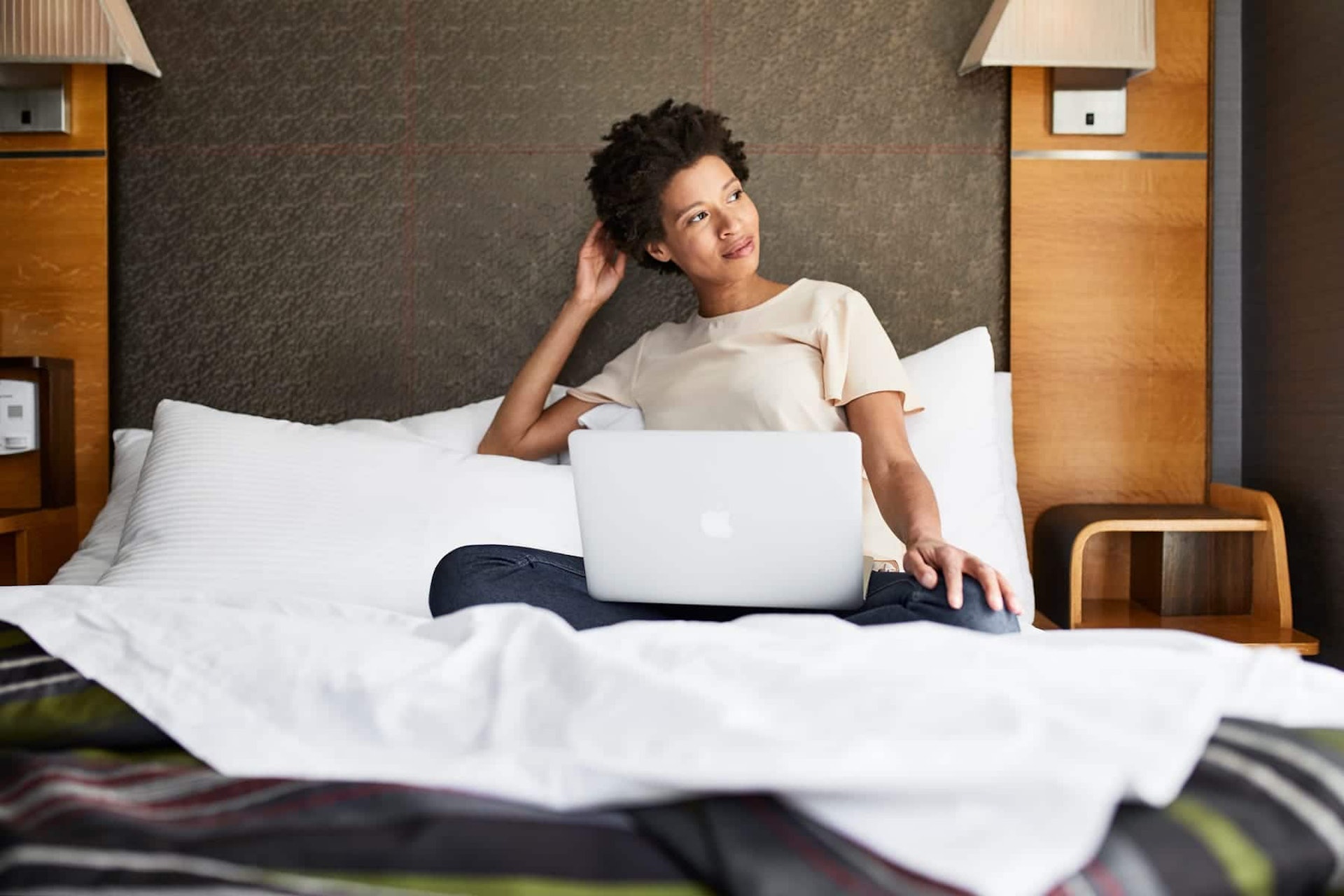 NO PURCHASE NECESSARY. A PURCHASE WILL NOT INCREASE YOUR CHANCES OF WINNING. BY ENTERING THIS PROMOTION, YOU AGREE TO THESE OFFICIAL RULES, WHICH ARE A CONTRACT, SO READ THEM CAREFULLY BEFORE ENTERING. WITHOUT LIMITATION, THIS CONTRACT INCLUDES INDEMNITIES TO THE PROMOTION ENTITIES FROM YOU AND A LIMITATION OF YOUR RIGHTS AND REMEDIES.

1. Eligibility. Promotion is open only to legal residents of the fifty (50) United States/District of Columbia or the United Kingdom who are at least twenty-one (21) years of age and who receive an e-mail invitation from the Sponsor (as defined below) to complete the Brand Naming Survey (“Survey”) online during the Promotion Period. Only named recipients of the Brand Naming Survey e-mail invitation (as per Sponsor’s records) are eligible to enter and win. Survey invitations are non-transferable. PROMOTION IS NOT OFFERED TO MEMBERS OF THE GENERAL PUBLIC. Employees, officers and directors of Shared Mutual Services, LLC (the “Sponsor”), its marketing agencies, their respective parents, affiliates, subsidiaries, representatives, consultants, contractors, legal counsel, advertising/public relations/promotional/fulfillment agencies, web site providers, as well as the immediate family (defined as parents, spouse, partner, children, siblings, regardless of where they live) and same household members of each such employee, officer and director are not eligible to enter or win. Participation constitutes entrant’s full and unconditional agreement to these Official Rules and to Sponsor’s decisions, which are final and binding in all matters related to the Promotion. Winning a prize is contingent upon fulfilling all requirements set forth herein. An entrant is not a prize winner unless and until entrant’s eligibility has been verified and entrant has fully complied with these Official Rules and he/she has been notified by Sponsor or its agency to such effect.

2. How to Enter. To enter the Promotion, entrants who have received an email from the Sponsor with a link to access the Brand Naming Survey must complete the survey online during the Promotion Period. After completing the Survey online, recipients will be instructed to submit their completed survey to automatically receive one entry into the Promotion. The survey must be completed and all questions must be answered truthfully and to the best of the online recipient’s ability. For the avoidance of doubt, the content of an online recipient’s answers to survey questions will not affect his/her ability to enter or win the prize in the Promotion. Limit of one (1) Survey and entry per person is permitted during the Promotion Period. Completing and submitting the Brand Naming Survey online is the only means of participating in the Promotion. Use of any automated, programmed or like means to enter the Promotion will result in disqualification. Sponsor and its agencies are not responsible for late, lost, garbled/undecipherable, damaged, misdirected, incomplete or invalid surveys, which will be disqualified and will not result in entry in the Promotion.

3. Selection of Winners. One (1) Grand Prize winner will be selected in a random drawing (“Random Drawing”) from among all eligible entries received during the Promotion Period. Random Drawing will be conducted within 10 days after the end of the Promotion Period by an independent judging agency. Prize winner will be notified by e-mail (the e-mail address to which the Brand Naming Survey link was delivered) of his/her selection within seven (7) days after the Random Drawing. Winner will be required to respond to such notification within forty-eight (48) hours of the initial e-mail notification. The entrant selected in the Random Drawing as the prize winner is subject to verification of eligibility and compliance with the terms of these Official Rules.

Prize winner will be required to sign and return an Affidavit of Eligibility/Release of Liability/Publicity Release to the address indicated on such documents within three (3) business days of receipt attesting to full compliance with all terms of these Official Rules. At Sponsor’s discretion, these documents may be supplied to winner online via e-mail. By participating, prize winner agrees that an electronic signature on such documents via return e-mail will have the same force and effect as the actual, physical signature on same. Noncompliance within these time periods or return of prize notification or required documents as undeliverable, or declining a prize or other non-compliance with the Official Rules may result in disqualification without further notice. Should a prize winner be disqualified, he/she will forfeit the prize without compensation of any kind and an alternate prize winner will be selected from among all remaining eligible entries received. No substitution, assignment or transfer of prize permitted. Prize/Gift card is subject to terms and conditions of use, including expiration if applicable, as published or indicated thereon. Prize will be awarded without any warranty from Sponsor of any kind. Company and/or brand names are used for prize identification only. No endorsement or sponsorship is intended or implied. Prize winner is solely responsible for all taxes on value of prize. Sponsor will report prize winnings as required by applicable law. For a U.S. winner, this will include issuance of an IRS 1099 Tax Form for the value of the prize; a UK winner may be responsible for applicable UK taxes.
Odds of winning the Grand Prize depend on the number of total eligible entries received during the Promotion Period.

5. General Conditions. If, for any reason, the Promotion is not capable of running as planned, Sponsor may, in its sole discretion, void any suspect entries and modify the Promotion or suspend the Promotion to address the impairment and then resume the promotion in a manner that best conforms to the spirit of these Official Rules. In such event, Sponsor will select prize winner and make prize available by some other means deemed by Sponsor in its sole discretion to be fair, appropriate and consistent with the spirit of these Official Rules. By way of example only, Sponsor may conduct the random drawing from among all eligible entries received prior to and/or after the action taken by Sponsor. In such event, Sponsor will notify all eligible persons (online Survey recipients) of such action. Sponsor reserves the right, in its sole discretion, to disqualify any individual it finds to be attempting to tamper with or undermine the entry process, or the legitimate operation of this Promotion or to be acting in violation of these Official Rules. Any attempt by any person to deliberately undermine the legitimate operation of this Promotion may be a violation of criminal and civil laws and, should such an attempt be made, Sponsor reserves the right to seek damages from any such person to the fullest extent permitted by law (as well as disqualifying such individual, if appropriate). Sponsor’s failure to enforce any term of these Official Rules shall not constitute a waiver of that provision. Neither Sponsor nor anyone acting on its behalf will enter into any communications with any entrant regarding this Promotion, except as expressly set forth in these Official Rules. These Official Rules may not be published elsewhere.

6. Publicity. Acceptance of prize constitutes permission for the Sponsor and its designees to use winner’s name and/or likeness for purposes of advertising and trade in connection with the Promotion (including on a winner’s list) without additional consideration, compensation, permission, or notification, unless such use is prohibited by law

8. Disputes. To the fullest extent permitted by law, entrant agrees that: (1) any and all disputes, claims, and causes of action arising out of or connected with this Promotion or the award of any prize shall be resolved individually, without resort to any form of class action, exclusively in the U.S. federal courts in the County of New York, the State of New York and entrant consents to the personal and exclusive jurisdiction of said courts and expressly waives any right of change of venue, forum non conveniens or any like right; (2) any and all claims, judgments and awards shall be limited to actual out-of-pocket costs incurred, including costs associated with entering this Promotion but in no event attorneys’ fees; and (3) under no circumstances will entrant be permitted to obtain awards for and entrant hereby waives all rights to claim punitive, incidental and consequential damages and any other damages, other than for actual out-of-pocket expenses, and any and all rights to have damages multiplied or otherwise increased. Subject to applicable law, all issues and questions concerning the construction, validity, interpretation and enforceability of these Official Rules, the rights and obligations of the entrants and Sponsor in connection with the Promotion and/or any such dispute/claim/cause of action shall be governed by and construed in accordance with the laws of the State of Connecticut (U.S.A.), with the sole exception of Connecticut law governing choice of law/conflict of laws. Notwithstanding the foregoing, UK residents only may bring an action regarding the Promotion in a court in England, with such action being subject to United Kingdom law. Should this provision or any other provision of these Official Rules be determined by a court of competent jurisdiction to be illegal, invalid or unenforceable, such provision shall be replaced by a substitute provision which is legal, valid and enforceable and most closely approximates the intent of the original provision. The determination of the illegality/invalidity/unenforceability of a given provision will not affect the legality, validity or enforceability of any other provision of these Official Rules.

9. Personal Information: Collection and use of personal information via the Survey/entry in the Promotion is addressed in the Club Quarters Hotels “Policy on Privacy and Cookies,” accessible at https://clubquartershotels.com/privacy-policy. By participating in the Promotion, you agree to the use of your personal data as set forth in the Club Quarters “Policy on Privacy and Cookies,” including for UK residents the transfer of their personal information to Sponsor in the United States.