Get outside on your staycation and get to know the stories behind Chicago’s most dynamic architecture. 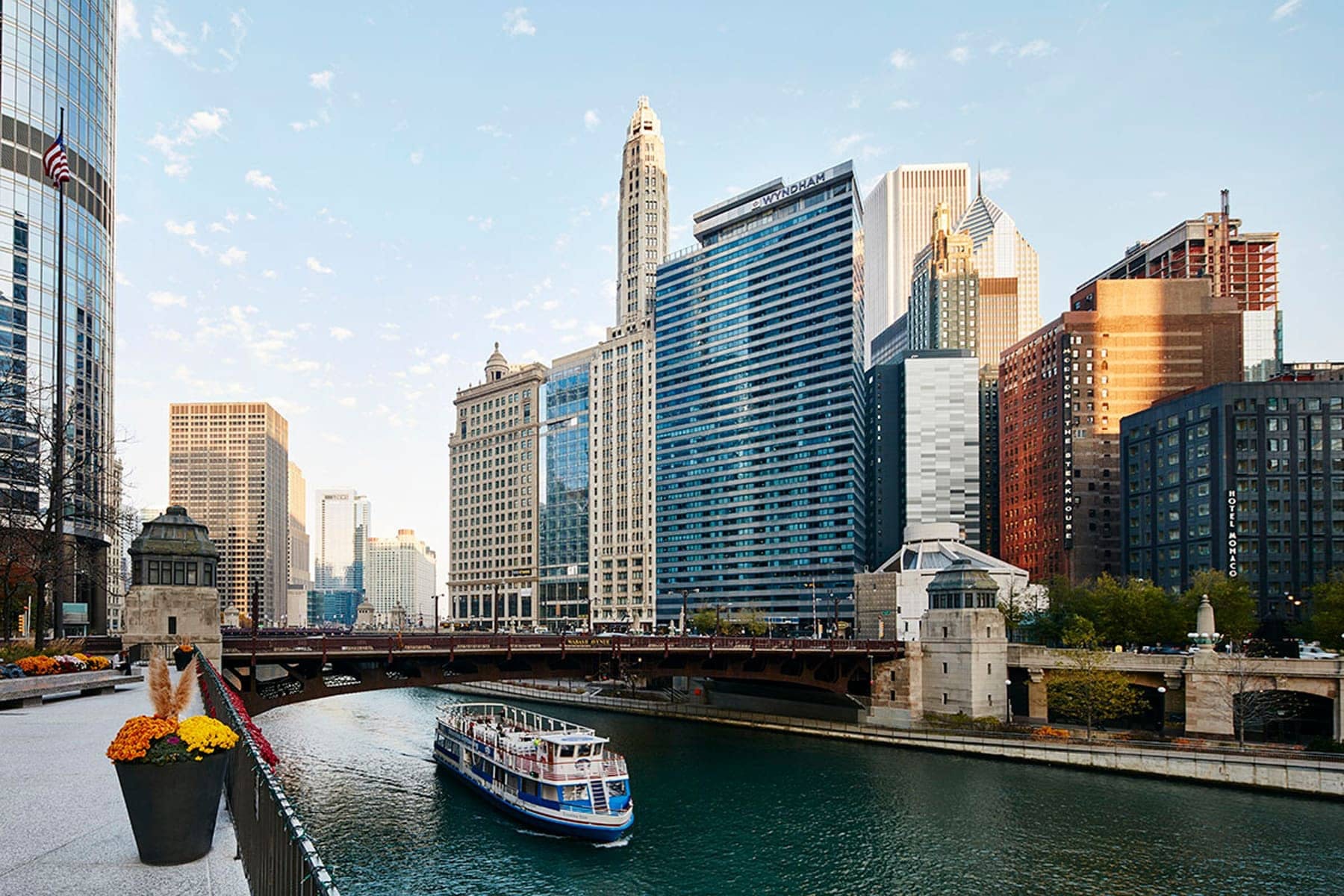 Treasured by locals and preserved for generations, Chicago’s architectural icons are the backbone of the city’s identity. This Midwestern city is often credited as being at the forefront of modern, innovative and exciting styles that define American architecture. Get outside on your staycation and get to know the history behind Chicago’s most dynamic buildings.

The best way to view the city’s landmarks is from the water. On an architecturally themed river cruise, an expert guide will point out the dozens of notable buildings that frame the Chicago River — including the Wrigley Building skyscraper that stands proudly as the gateway to the Magnificent Mile, and Willis Tower, the third-tallest building in the Western Hemisphere.

Robie House stands out among Frank Lloyd Wright’s groundbreaking Prairie house design. Crafted in 1910, the house still stands as an important icon and is one of the eight Wright sites that have been inscribed by the UNESCO World Heritage List — along with the Unity Temple in Oak Park. If that piques your interest, follow the Frank Lloyd Wright trail that connects 13 architectural gems across Illinois.

Though not as prevalent as Chicago Greystones and bungalows, the Workers Cottage is a classic representation of 19th- and 20th-century housing. Look for the traditional gabled roof and wood or brick exterior, but know that these once-popular homes are often slated for demolition to make way for more modern structures.

Colorful glass décor was a hallmark of the 19th-century Arts and Crafts movement, most notably the Tiffany Dome in the Chicago Cultural Center. The largest of its kind in the world, 30,000 cut pieces of Tiffany Favrile glass span an astonishing 38 feet in diameter.

Find impressive architecture outside your doors at Club Quarters Hotel, Chicago, Wacker at Michigan, which is located just south of The Magnificent Mile. Even your own surroundings have a story to tell — your hotel is situated in the Neo-Gothic Mather Tower, a tall, ultra-slender high-rise with a terracotta exterior. Reserve your stay and start exploring.